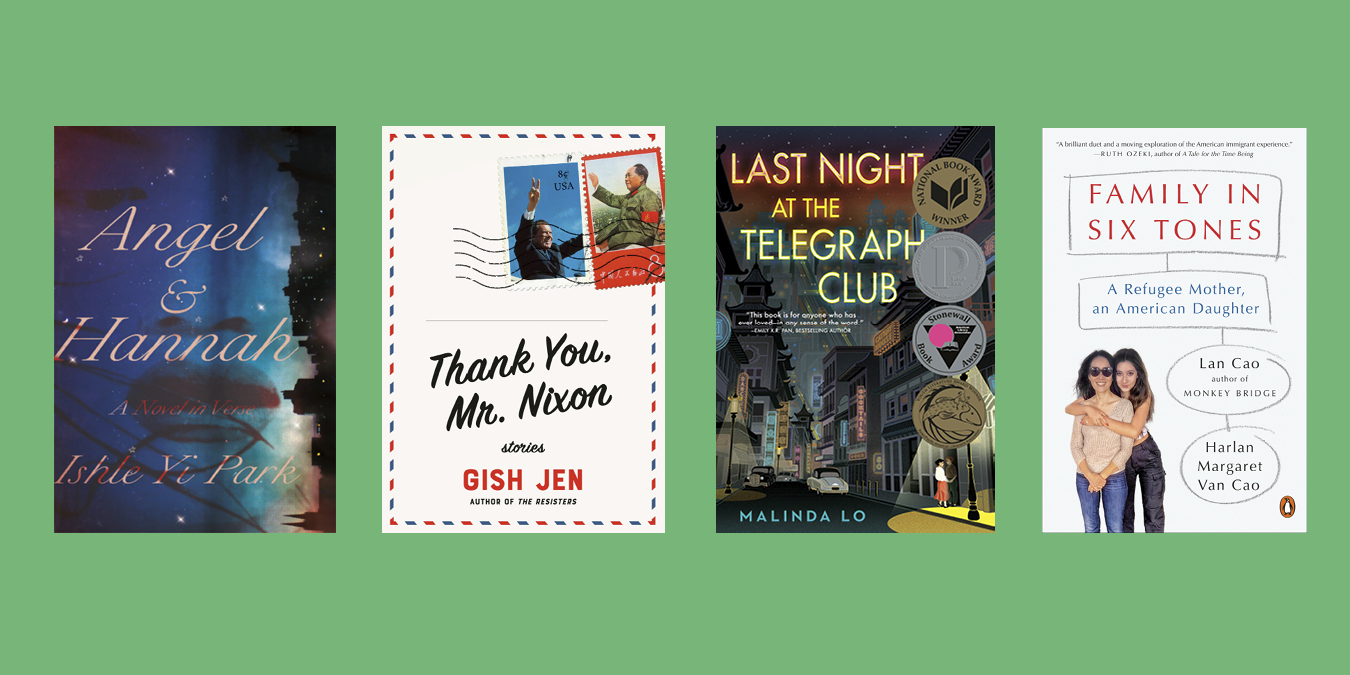 This month we proudly celebrate Asian American and Native Hawaiian/Pacific Islander Heritage Month and the important role of Asian and Asian American voices in our culture and in our classrooms all year long. We’re spotlighting the achievements and contributions of those in the community who have greatly and positively impacted American culture at large. We recognize and celebrate books by Asian American, Native Hawaiian, and Pacific Islander creators that educate, empower, and inspire students all year-round.

They Called Us Enemy

Gish Jen’s collection takes measure of the fifty years since the opening of China through eleven linked stories that trace the intimate ways in which humans make and are made by history.

When You Trap a Tiger

Winner of the Newbery Medal

Winner of the Asian/Pacific American Award for Children’s Literature

This uplifting story brings Korean folklore to life as a girl goes on a quest to unlock the power of stories and save her grandmother.

Angel & Hannah is an unforgettable story of an interracial couple in 1990s New York City, a Korean American girl from Queens, New York, and Angel, a Puerto Rican boy from Brooklyn, who are determined to protect their love against all odds.

To Paradise is a bold, brilliant novel spanning three centuries and three different versions of the American experiment, about lovers, family, loss and the elusive promise of utopia.

Winner of the New England Book Award for Fiction

On Earth We’re Briefly Gorgeous is a letter from a son to a mother who cannot read. The letter unearths a family’s history—a history whose epicenter is rooted in Vietnam—and serves as a doorway into parts of his life his mother has never known.

This powerful debut memoir about labor and self-worth that traces a Chinese immigrant’s journey to an American future. Traveling from Wenzhou to Xi’an to New York, Made in China is unafraid to ask thorny questions about trauma and survival in immigrant families.

The Magic Fish (A Graphic Novel)

In this graphic novel, fairy tales are the only way one boy can communicate with his Vietnamese immigrant parents. Here is a powerful read about family, identity, and the enduring magic of stories.

Through an indelible array of lives, Yoon Choi explores where first and second generations either clash or find common ground, where meaning falls in the cracks between languages, where relationships bend under the weight of tenderness and disappointment.

How Much of These Hills Is Gold

C Pam Zhang gives an electric debut novel set against the twilight of the American gold rush, in which two siblings are on the run in an unforgiving landscape—trying not just to survive but to find a home.

All You Can Ever Know

Nicole Chung was born severely premature, placed for adoption by her Korean parents, and raised by a white family in a sheltered Oregon town. With warmth, candor, and startling insight, Nicole Chung tells of her search for the people who gave her up, which coincided with the birth of her own child.

Searing and unforgettable, Beautiful Country is an essential American story about a family fracturing under the weight of invisibility,and an undocumented child living in poverty in the richest country in the world—a girl coming of age in the shadows, who never stops seeking the light.

Last Night at the Telegraph Club

America in 1954 is not a safe place for two girls to fall in love, especially not in Chinatown. Red-Scare paranoia threatens everyone, including Chinese Americans like Lily Hu. With deportation looming over her father, Lily risks everything to let her love for another girl, Kathleen Miller, see the light of day.

Here is Michelle Zauner’s unflinching, powerful memoir about growing up Korean American, losing her mother, and forging her own identity. Vivacious and plainspoken, lyrical and honest, Crying in H Mart is an exquisite story of family, food, grief, and endurance.

Here is an original debut novel about a group of friends and their immigrant families from Queens, New York—a tenderly observed, fiercely poetic love letter to a modern generation of brown girls.

The Many Meanings of Meilan

A family feud before the start of seventh grade propels Meilan Hua from Boston’s Chinatown to rural Ohio, where she must tap into her inner strength and sense of justice to make a new place for herself in this resonant debut.

Here is Elizbeth Miki Brina’s memoir about her journey to understanding her complicated parents—her mother an Okinawan war bride, her father a Vietnam veteran—and her own, fraught cultural heritage.

Vietnamerica
Vietnamerica is a visually stunning portrait of survival, escape, and reinvention—and of the gift of the American immigrants’ dream, passed on to their children. In telling his family’s story, GB Tran finds his own place in this saga of hardship and heroism.

Penguin Random House is proud to support non-profit organizations focused on key issues in the community, such as mental health access and stopping anti-Asian racism and violence.  Two of the organizations we are partnering with this year are the Asian Mental Health Collective, and NYC-based Soar Over Hate. 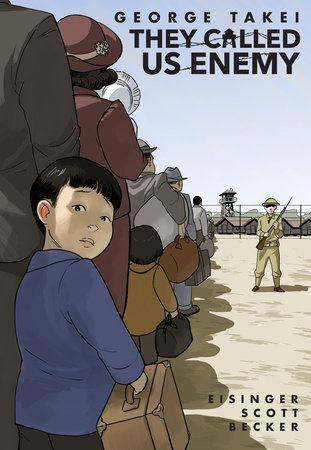 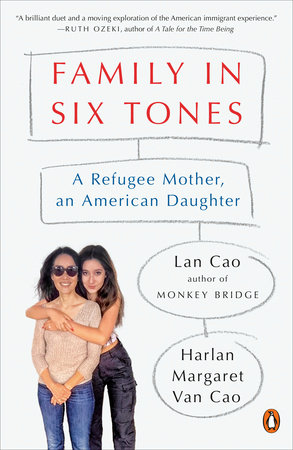 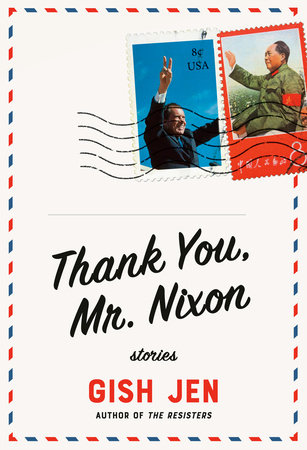 Thank You, Mr. Nixon
Stories
Gish Jen
978-0-593-31989-5
The acclaimed, award-winning author of The Resisters takes measure of the fifty years since the opening of China and its unexpected effects on the lives of ordinary people. It is a unique book that only Jen could write—a story collection accruing the power of a novel as it proceeds—a work that Cynthia Ozick has called “an art beyond art. It is life itself.”
$28.00 US
Feb 01, 2022
Hardcover
272 Pages
Knopf 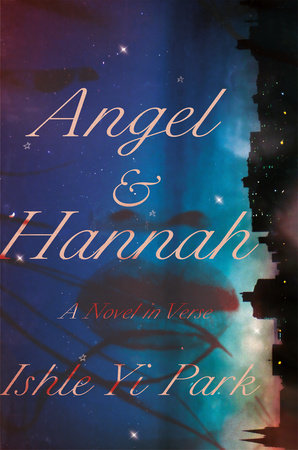 Angel & Hannah
A Novel in Verse
Ishle Yi Park
978-0-593-13432-0
This sweeping, unforgettable reimagining of Romeo and Juliet tells the story of an interracial couple in 1990s New York City who are determined to protect their love against all odds
$18.00 US
May 11, 2021
Paperback
192 Pages
One World 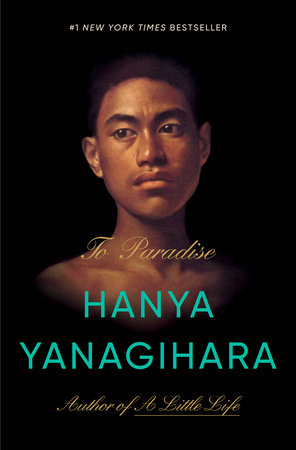 To Paradise
A Novel
Hanya Yanagihara
978-0-385-54793-2
From the author of the classic A Little Life—a bold, brilliant novel spanning three centuries and three different versions of the American experiment, about lovers, family, loss and the elusive promise of utopia.
$32.50 US
Jan 11, 2022
Hardcover
720 Pages
Doubleday 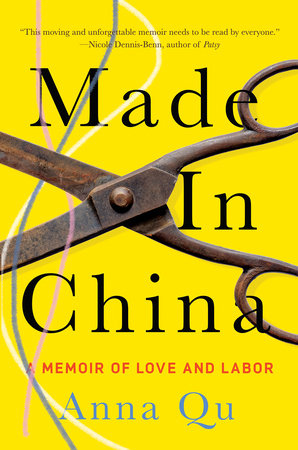 Made in China
A Memoir of Love and Labor
Anna Qu
978-1-64622-034-2
A young girl forced to work in a Queens sweatshop calls child services on her mother in this powerful debut memoir about labor and self-worth that traces a Chinese immigrant's journey to an American future.
$26.00 US
Aug 03, 2021
Hardcover
224 Pages
Catapult 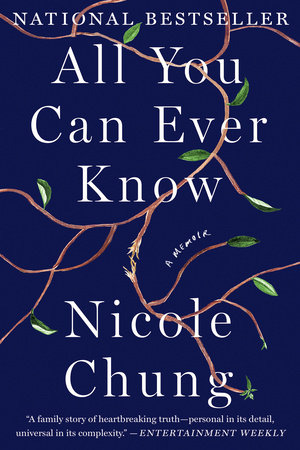 All You Can Ever Know
A Memoir
Nicole Chung
978-1-948226-37-0
A NATIONAL BESTSELLERThis beloved memoir "is an extraordinary, honest, nuanced and compassionate look at adoption, race in America and families in general" (Jasmine Guillory, Code Switch, NPR)What does it means to lose your roots—within your culture, within your family—and what happens when you find them?Nicole Chung was born severely premature, placed for adoption by her Korean parents, and raised by a white family in a sheltered Oregon town. From childhood, she heard the story of her adoption as a comforting, prepackaged myth. She believed that her biological parents had made the ultimate sacrifice in the hope of giving her a better life, that forever feeling slightly out of place was her fate as a transracial adoptee. But as Nicole grew up—facing prejudice her adoptive family couldn’t see, finding her identity as an Asian American and as a writer, becoming ever more curious about where she came from—she wondered if the story she’d been told was the whole truth.With warmth, candor, and startling insight, Nicole Chung tells of her search for the people who gave her up, which coincided with the birth of her own child. All You Can Ever Know is a profound, moving chronicle of surprising connections and the repercussions of unearthing painful family secrets—vital reading for anyone who has ever struggled to figure out where they belong.
$16.95 US
Oct 15, 2019
Paperback
256 Pages
Catapult Beautiful Country
A Memoir
Qian Julie Wang
978-0-385-54721-5
Beautiful Country is the moving story of an undocumented child living in poverty in the richest country in the world—an incandescent debut from an astonishing new talent.
$28.95 US
Sep 07, 2021
Hardcover
320 Pages
Doubleday 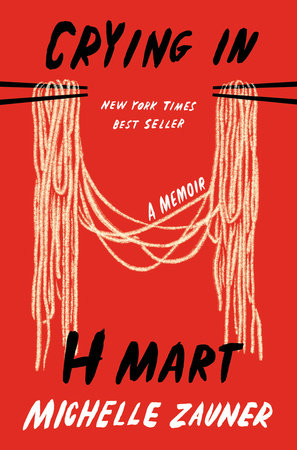 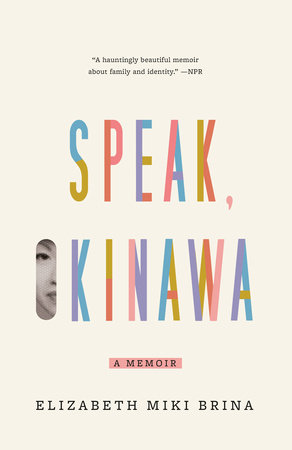 The National Council of Teachers of English (NCTE) has officially launched “This Story Matters”, a campaign that includes a new online database which contains over six hundred book rationales highlighting plot summaries, teaching objectives, grade-level suggestions, alternative book titles, and more, all designed to help support educators when they are challenged in adopting new books into 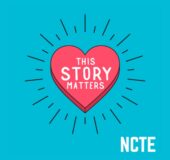 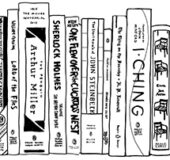